…and this holds true to the women of Barangay Sta. Cruz, Sibagat, Agusan del Sur who were used to only work in the farms if not at home tending household chores. Until one day, they chose to change their fate. Before, some basic commodities were not readily available in already existing sari-sari stores in the area. Sometimes they ran out of stock and on top 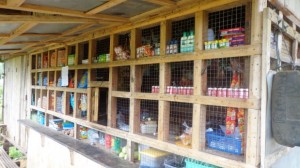 of that, the merchandise was sold in high prices and the neighbors could not get credits even a single pack of salt. Understanding how it felt to have nothing, these needs were addressed by the cooperative.

The members sold their merchandise at prices lower than those of the competing stores that because of this, the number of patrons grew in numbers.

This, in turn, have made the cooperative purchased more stocks and items at least once a week to cope with the demand. While the other stores do not allow credit lines, Sta. Cruz Cooperative does. The credit limit is as high as Php 500.00 and non-members can avail of the same in the condition that a coop member acts as a guarantor.

The Cooperative has seven members in the Board of Directors who alternately manage the store with the help of a regular salesperson being paid with Php1, 500.00 per month.  The BOD of the day also gets Php100.00 worth of goods at the end of each working day.

As of now the total equity of Sta. Cruz Cooperative amounts close to Php 218,000.00 or around 74% up from the capital seed fund. The members are also planning to engage in Falcatta trading next year to expand their business operations.During the first two months of operation, the Sta. Cruz Cooperative sold around Php 24,000.00 making the members so delighted and even more inspired to work hard. They were even amazed when they got as much revenue during the month of May alone because of their fiesta celebration. It was also in May that the members decided to invest Php 15,000.00 to fund their money lending scheme. They offer 10% and 20% interest rates for coop and non-coop members, respectively (non-members have to get a guarantor from among the members to borrow money). From Php 15,000.00, the capital has grown to approximately Php 45,000.00.

“I, with rest of the members of Sta. Cruz SEA-K Association, am very grateful of the changes the Sustainable Livelihood Program has brought to our lives. Because of the program, we already have additional sources of income and in times of emergencies, we are certain that we have somewhere to run to for financial assistance through the credit lines we could get from the store…” from the words of  the SKA President, Ms. Vilma Ochea. 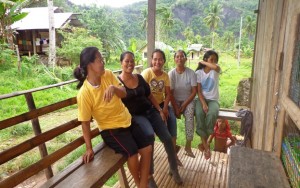 She added that, “While we operate the store every day, we get to discover our hidden talents                     and skills which are very useful to help the cooperative grow and prosper…”